From time immemorial vineyards has been cultivated in this area, located at the northeast of the Iberian peninsula, which borders with French Roussillon. Some say that the first vine growers in the area were the Greeks, while others say that were the Romans, but most agree that it was essential the influence of the monks of the Monastery of Sant Pere de Roda and their knowledge in the process of cultivate vineyards and making wine. However, most recent historical documents refers to the fifteenth century when the historical, cultural and commercial heart of DO Empordà focuses in the former castle of Rocabertí, destroyed by fire in 1285 and rebuilt during the fourteenth century outside the walls of the town of Peralada. Besides the castle stands the Carmelite convent, and the Carmelite church, which boast one of the few Gothic cloisters in Catalonia. It was precisely those Carmelite monks who built the monastery cellars, with the pledge to make wine for the County of Peralada

Situation, climate and soil
DO Empordà is situated in the northeast corner of Catalonia and includes a total of 48 municipalities divided into two districts: 35 municipalities in the Alt Empordà and 13 municipalities in the Baix Empordà.
The production area of Alt Empordà borders the Pyrenees to the north, the Mediterranean Sea to the east and the plain to the south, and is sheltered in the foothills of the mountain range of Rodes and Alberas in an arc from Cape Creus to the Garrotxa d’Empordà (Albanyà).
Furthermore, the production area of Baix Empordà is bounded to the north by the massif of Montgrí, to the southwest by the Gavarres, which forms a coastal plain with the mountains of Begur, and to the east by the Mediterranean Sea.
It is a growing areas subjected to a regime of climatic instability, with a strong influence of the Mediterranean climate, and has a most violent wind (the Tramontana), but in any case this wind benefits the vineyard by killing parasites, so it is not uncommon to see many vines tied between posts and wires.
In the northern area prevails brown soils with high limestone content, while the rest of the vineyard sits on southern brown earth. It has loose soils with good drainage, and poor in organic matter.
It should be noted in regard to temperature and sun, that all this area is located in the region III of Amerine Winkler classification, which makes it ideal for growing varieties of medium and long cycle, and extraordinary for the production of natural sweet wines.

Varieties
The current vineyards of the DO are mostly old , with vineyards over 30 years old.
As for the red varieties, Cariñena or Samsó dominates, which is the basis of viticulture in the Ampurdan along with Garnacha (referred as Lledoner in that area). These traditional varieties are complemented by the new varieties that are being introduced, mainly Tempranillo, Cabernet Sauvignon, Merlot and Syrah.
The dominant white grape varieties are white and red Garnacha and Macabeo, and to a much lesser extent are Muscat, the traditional Xarel•lo, and the newly implemented Chardonnay, Sauvignon Blanc and Gewurztraminer
White
Recommended varieties: White Garnacha, red Garnacha, Viura or Macabeo, Muscat of Alexandria.
Authorized varieties: Chardonnay, Gewurztraminer, Malvasia, small grain Moscatel, white Picapoll, Sauvignon blanc, Xarel •lo.
Red
Recommended varieties: Cariñena, Garnacha.
Authorized varieties: Cabernet Sauvignon, Cabernet Franc, Merlot, Monastrell, Tempranillo, Syrah, Garnacha peluda.

Wines
The DO growers produce all kind of wines, from white wines in all styles, to rose and red wines, and even sweet vines and sparkling DO Cava in some municipalities.
Generally red wines are of good quality, full-bodied, well-structured and harmonious, sometimes tempered by careful breeding, while white wines are fresh and tasty, often made from native varieties, but also with other varieties of remarkable quality. Rose, characterized by a well-defined cherry color, great personality and delicate aroma, fresh and with a moderate alcoholic strength is also produced.
A uniqueness of the area is the Garnatxa de l’Empordà, a sweet natural wine with the flavor of ripe grapes, warm and silky, virtues that make it an exceptional wine for desserts, altogether with the Moscatell de l’Emporda, the other sweet wine of this area.

Present-day and future
The Empordà offers nowadays the work of many wineries that already are laboring with traditional varieties, including some that are already on the mend, and the different ways of making wine with grapes from old vines. Few bottles, yes, but they are the way open to reinterpret the Empordà with varieties that offers genuine and unique wines. But more interesting is that everyone, from the most radical to the most eclectic winegrowers, nurtures a growing trend towards quality and the search for greater authenticity of the Empordà wines. A significant point of this change is that in just 10 years the number of wineries has doubled from 25 to 50, while the number of hectares, virtually, has been maintained.
On the otherside , it should as well be noted that cooperatives also enjoy good health in the Empordà, especially Empordàlia, Agricultural and Cooperative Garriguella Espolla, where qualitative progress is not only fast but also interesting because of the work that they do with almost lost varietal wines, sporadically offering wines of quick and easy consumption, including some made from white Cariñena, and although the Regulatory Council has a problem with this variety, as it does not appear in the list of known varieties which are accepted to be planted in Europe by Brussels, it is in the way of being resolved.
Sweet wines deserve a separate paragraph. The classic muscat are made, mostly , by the method of apagado, and is probably too sweet for the palate that prevails today. And the same goes for the classic Garnacha, in which the old ones are a shared heritage with Northern Catalonia, but where they have many years of advantage in the commercial field when selling these concepts.
And in another stage it should be noted that, historically and always, the great economic engine of the DO has been, and remains, Peralada Castle, to whom many other wineries have looked as an example. It is true that produces a wide range of wines, from linear and competitive to the most exclusive, as the Finca Garbet, Finca Malaveïna or the collection of Ex, among others, but also offers wines made from native varieties as the Perelada Garnatxa Blanca, the Cigonyes Blanc, Finca La Garriga Samsó, etc. However, more than the numerical amount of the variety of wines, it is worth underlining the efforts made by this winery to banish the gradual decline suffered by the image of the area as a land of bulk wines, oxidized bottled and many others not worth to offer. It can be said that Castillo Perelada took the wheel and set a new course for the wines of Empordà, and now there are many other smaller wineries that are actually certainly prepared to suggest innovative, genuine, modern and singular wines. 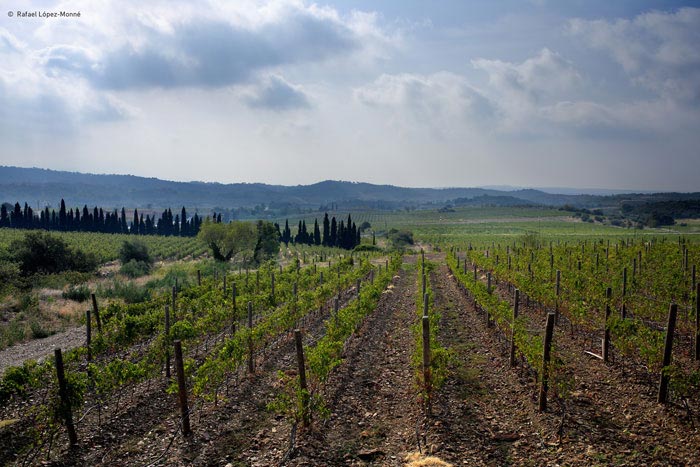 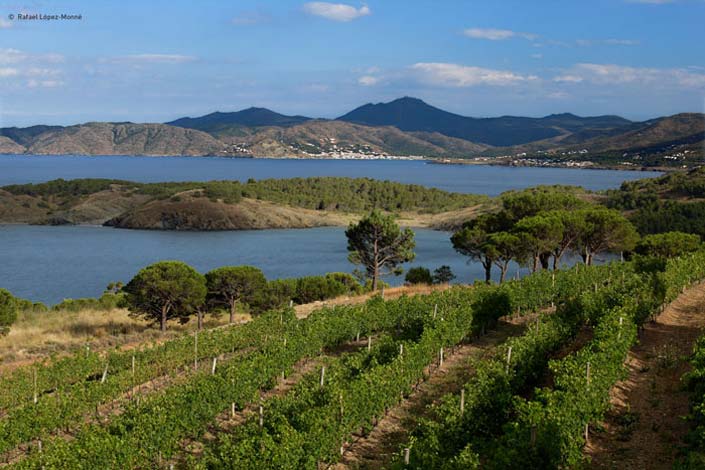 WINE IS ONLY ENJOYED IN MODERATION

You can find out more about which cookies we are using or switch them off in settings.

This website uses cookies so that we can provide you with the best user experience possible. Cookie information is stored in your browser and performs functions such as recognising you when you return to our website and helping our team to understand which sections of the website you find most interesting and useful.

Strictly Necessary Cookie should be enabled at all times so that we can save your preferences for cookie settings.

If you disable this cookie, we will not be able to save your preferences. This means that every time you visit this website you will need to enable or disable cookies again.

This website uses Google Analytics to collect anonymous information such as the number of visitors to the site, and the most popular pages.

We use Facebook cookies to collect user movements information. It means see a purchase event or see clicked links